How to hypochlorous acid water into the commercial air conditioner system

Comparing the air-conditioning system equipped with the slightly acidic hypochlorous acid water generator with the air-conditioning unit without the slightly acidic hypochlorous acid water, the number of colonies in the air was reduced by99.9%, and the number of colonies attached to the ventilation ducts was reduced by 99.9%.

This air-conditioning sterilization system is mainly used in hospitals, welfare homes, pharmaceuticals, food factories, oroffice buildings with much-unspecified personnel in and out of environments with stricter microbial control. After therevision of the Japanese Building Sanitation Law in 2003, the cases of embedding humidifiers in commercial airconditioners have been increasing. Especially in medical institutions, the introduction of vaporizing humidifiers canincrease the humidity in the air and prevent cross-infection in the hospital. The introduction of slightly acidic hypochlorous acid water dramatically reduces the problem of air pollution in the return air system and ensures the quality and safety of indoor air. 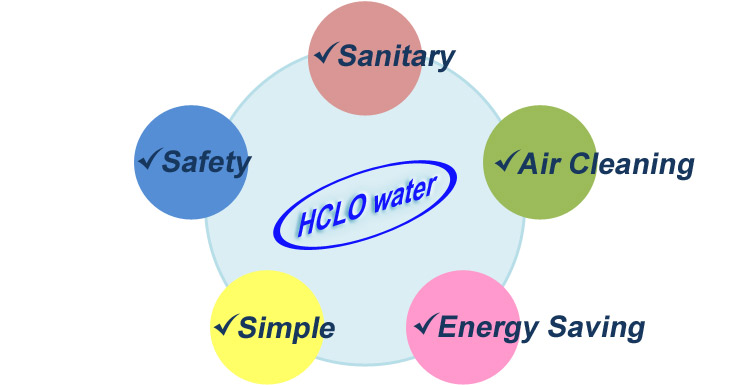